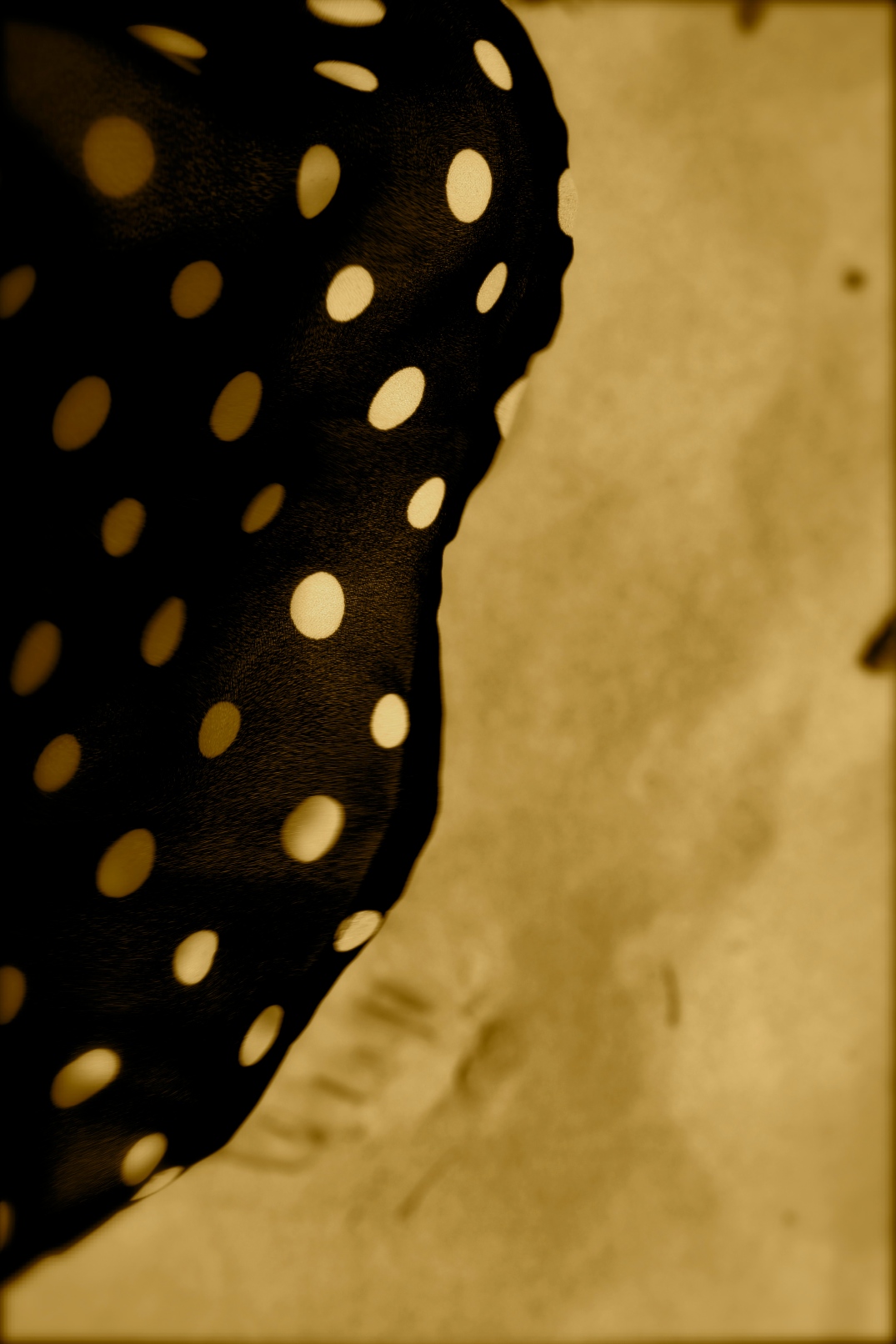 Mona Awad’s 13 Ways of Looking at a Fat Girl has some amusing quips here and there, but overall I found it a bit disjointed and lacking punch or flair.

Awad’s novel is written in pseudo short-story format. However, the short stories had the same themes and most of the same characters. What added to the unusual format was that deciphering time frames was never easy… which might not be a bad thing but in this case it didn’t help the author.

I respect the power of making a reader feel awkward or uncomfortable, or any strong emotion for that matter – well done. But the novel took this furtber; I must stress that the narrator was hugely unlikeable. It’s hard to enjoy a book, play, or story of any sort when the protagonist is hard to be around. Even a murderer, when described in a certain fashion, can be likeable. Sweeney Todd, anyone?

The ending, though I won’t divulge it, was disappointing and sudden. The reader spends the novel hoping that, through all of her self-reflection and often hatred, that narrator Elizabeth, will find a healthy light (and I do mean, light, not body, lifestyle, etc) to view herself in. It was less than iluminating. Not all endings have to be happy, but this one was also far from satisfying.

I’d had a few people recommend the book and felt conflicted while reading it because I simply wasn’t feeling what I expected to.

In fact, I read several reviews after finishing the book’s final page because I thought I was being overly harsh in my criticism. After seeing that so many had the same reaction, I felt less horrible about my 2 star, out of 5 rating.

To learn more about Awad and her work, visit this site. 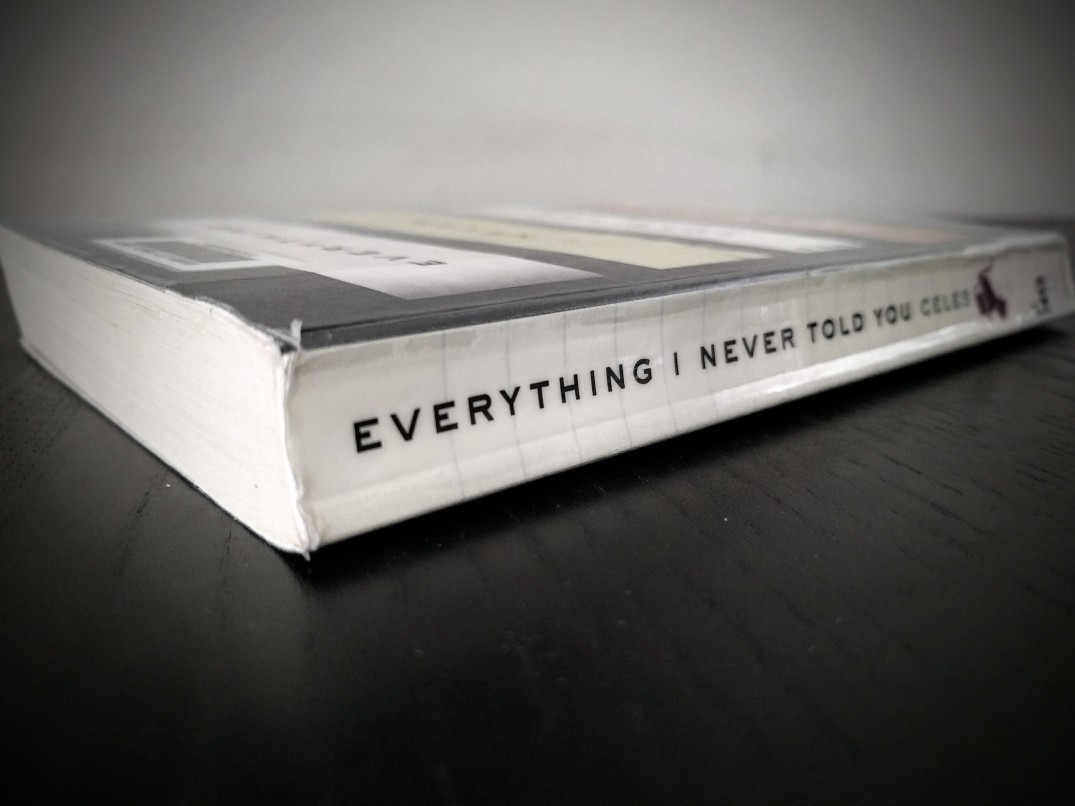 Ng’s debut novel Everything I Never Told You reads like poetry, with beautiful elaborate descriptions of not only characters but scenes, emotions, and plot twists. It is writing to aspire to, in my opinion. A voice a lyricist would likely respect.

The novel takes its time unfolding, at times at a slower pace than desired. If it weren’t for Ng’s prose, I may have become frustrated with the speed and length of the book.

The themes – family, teen angst, self discovery, 1970s racism – are well portrayed, but I found myself recalling a similar plot within Reconstructing Amelia by Kimberly McCreight. Having adored that book and reflected on it so many times since reading it a few years back, I found myself comparing the two occasionally. The difference in time, tone, place, and dynamics however allow the reader to appreciate both writers’ work.

As a whole, Ng’s debut is enjoyable but leaves something to be desired – perhaps a bit more complexity, a few more pitfalls leaving room for further conflict and, later, potential resolution.

It’s important to note that there doesn’t need to be complete resolution though, especially in a novel where mental health is one of the main threads.

Overall, I would welcome a future book of Ng’s to my Reading List.

To read more about Celeste Ng and her work, visit her website.

Have you ever met someone that you swore you knew only to realise later that he/she is a real-life version of a character in a book?

Forney Hull is a librarian in Where The Heart Is by Billie Letts.

Read more about the book and movie, here on Wikipedia. The book was lovely. Anyway, Forney and the local librarian are similar from their looks to their shy demeanor to their struggle to make easy conversation. It’s uncanny. I have to wonder if anyone else has made the connection or if I’m just odd. It’s happened before.

The book is about a young woman who struggles through life as a single mother in the midwestern United States. She was abandoned again and again throughout her life, by parents, family, friends, and the father of her child. The last leaves her stranded at a Walmart with barely a penny in her pocket. They’re driving cross-country to find work and make a better life for themselves together in California. They make a quick stop so eight-month-pregnant Novalee can use the bathroom and run an errand. She comes back outside to find her few belongings left in a parking space horribly devoid of the car and the man she was expecting there.

Farther along in the story, Novalee meets Forney. If you pick up the book, you’ll witness the remarkable role he plays in helping her collect the pieces of her life that have been strewn across the floor.

The book, I think, is a solid reminder to walk slowly, know yourself and ask for help when you need it. This canvas tells me the same thing.

I finished this week a book that’s going to stay with me. I wouldn’t say I read obsessively, but I read a lot. Usually about a book a week. This particular week began with Jodi Picoult’s Sing You Home, saw a bit of Ian Vasquez’s Mr. Hooligan and is currently finishing with N. H. Kleinbaum’s Dead Poets Society.

The particular one I had to take more time to reflect on is Sing You Home. As someone who tries to read a bit from every genre, I can appreciate a wide variety of styles. It was the story and characters here, above all, that truly touched me though.

Picoult takes her time telling Zoe’s story. It’s a long book, maybe 400 some odd pages, but every page was worth my time. I can’t always say that about an author. I digress… Zoe walks across the pages of the first few chapters as a struggling wife, struggling to have a baby with her husband of ten or so years. After too many miscarriages, still births and heartaches, Zoe’s husband throws in the towel on their marriage. They’re no longer seeing eye to eye and things are falling apart, as often happens when a family loses a child. This is a pivotal moment for Zoe. Divorce is. She’s lost her son and her husband in one fell swoop and somewhere along the while, nearly loses herself.

The next section of the story reveals Zoe’s re-discovery of her values and dreams. She doesn’t need a husband to have a baby. All she needs is a loving home to raise a child within. Along the way, she meets someone new, as happens in so many Picoult novels, but this time it’s different. Zoe finds herself falling for an old acquaintance who has become her confidant when Zoe was at her lowest. They  fall for one another and the story takes another powerful turn because Zoe finds herself in a woman’s arms, Vanessa’s, for the first time in her life. And, for the first time, she really finds herself.

The last section of the novel describes just how hard a woman born to be a mother will fight for her child. During Zoe’s first marriage, she and her husband had a few embryos frozen so that they could continue to try to have children. It hadn’t worked…. for them.  Vanessa could carry her baby though. The overarching conflict arises here when the fertility clinic reminds Zoe that they’ll need her ex-husband, a born-again Catholic, to sign off on the embryo being used. What could be a simple, giving moment turns into a lawsuit broadcast nation-wide with everyone involved biting their nails.

A page turner, for sure, but more than that, Sing You Home, forces the reader to evaluate for him or herself the value of equality, of love, of gender and of sexuality. What truly puts the concepts in perspective is Picoult’s choice to rotate the narrator of each chapter so the reader is able to recognise various individuals’ point of view.

And for good merit, as this is my photography blog, here’s a real gem for you to enjoy–an image filled with love and beautiful boys.

As optimists, we like to tell ourselves that everything will work out fine.
As realists, we know in the back of our minds that bad things do happen to good people.
Welcome to my mid-twenties–the years I’m spending learning the things I already knew. This time around learning to live by the things I already knew. What do I mean? If you don’t take the first step and try something crazy, you can’t. If you don’t take control of your own health and well-being and respect who you are, you’ll lose all of the above.
I maintain: moving internationally is hard. January was tough, with a death, a college graduation, a horribly sick family dog, and an incredible stress that I just couldn’t shake. February has traded those stresses with new ones and while my shoulders feel a lighter,  the load is just different.

Last month I shared with you our new tradition of recording our happiest memories all-year-long to read together on new year’s eve. Focusing on these positive moments can change how you think. When you focus on the positive, you attract that energy and that’s the best advice I can give. I read The Perks of Being A Wallflower recently and was reminded of just this: Things happen in your life, sometimes good, sometime bad, but you choose how to let them affect you. That’s my gift to you this month. Live how you want to.

And for a great laugh, just in case your day calls for it, see this t-shirt. I’m pretty sure it should be in my closet.

There’s more to San Francisco than the Golden Gate Bridge.

This park, the Shakespeare Garden, is easily my favorite hidden gem of this slanted city.

If you’ve travelled a bit, you know that every city has a certain energy to it. This garden, however, was well hidden in the Golden Gate Park and it, absolutely, has an energy all its own. 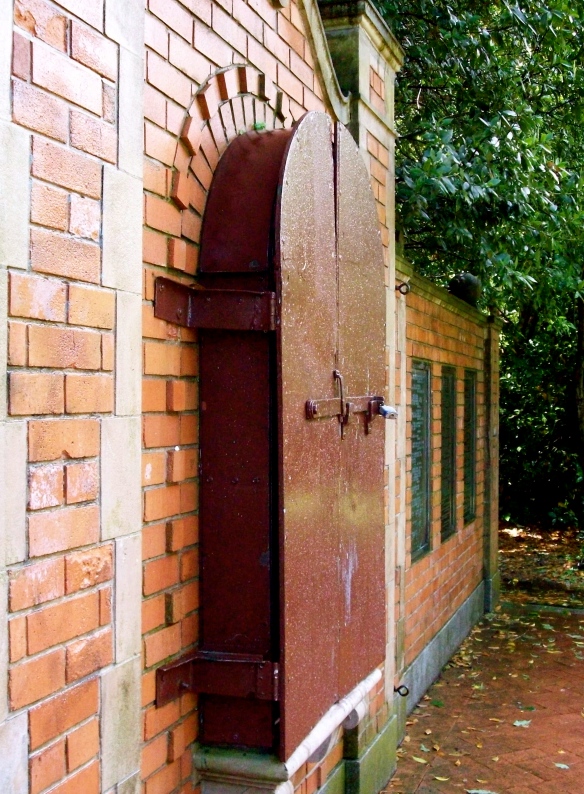 I could almost see A Midsummer Night’s Dream happening around me, Puck hiding among the foliage waiting for the passersby to fall asleep. 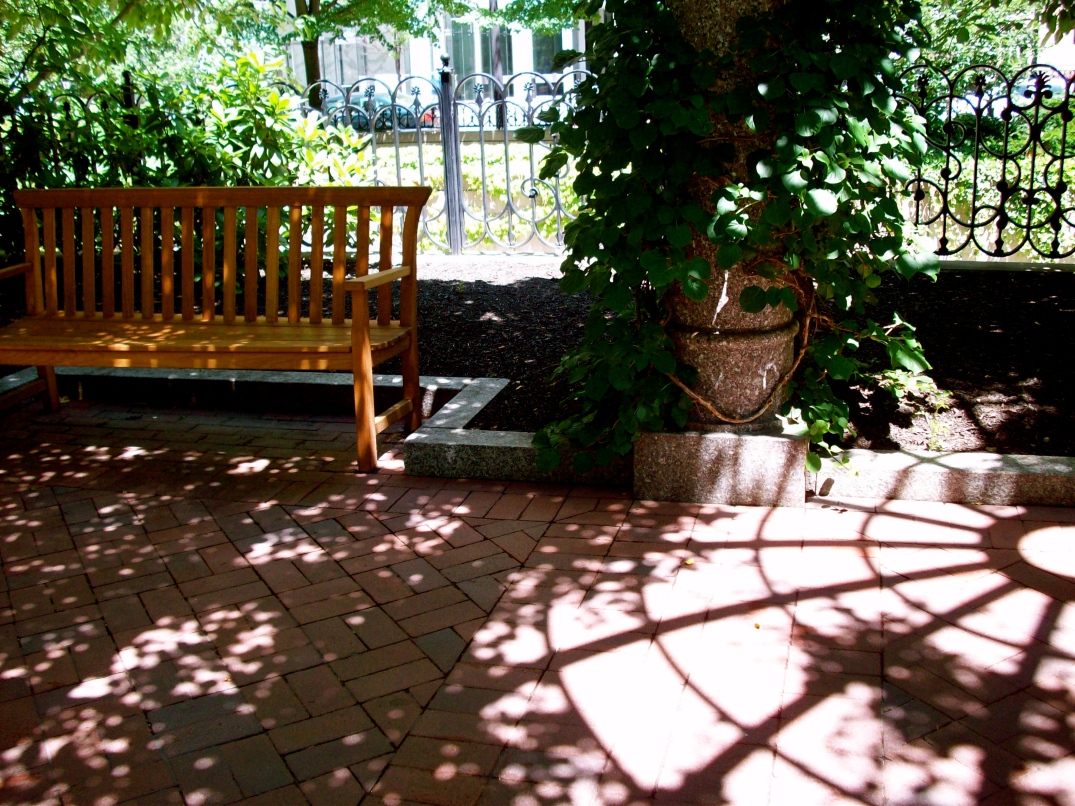 He doesn’t think his English is exactly exceptional. He’s not overly confident yet he’s one of the most intelligent and worldly individuals I’ve met. I’ve known only a few people like him.

This week he’s been telling me again and again how this book he’s reading is changing his life.

He’s certain that there are circles in our lives but that we can change their shape.

I know these things. I read. I’m fairly worldly. But to hear him say these things like it’s the first time they’re being said is still monumental.

I smile because I know what he’s saying is true.